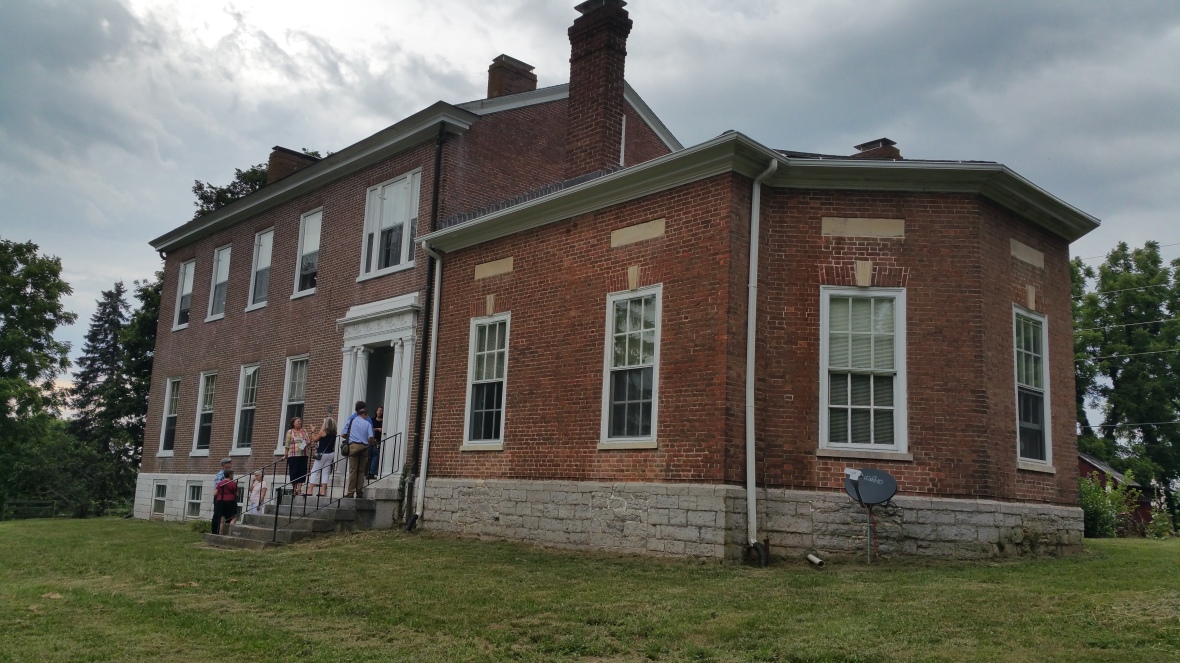 Chaumiere des Prairies:  Recently bought at auction by the Ramseys of Ramsey Farm (after outbidding two developers). The Ramseys are restoring the property.  While they won’t be able to return the gardens to their full glory, they do plan to put the lake back in.  Tonight the new owner announced that they’re going to plant hemp on their acreage.

Rear of the house. The octagonal section at the end is the oldest, built in 1823, in anticipation of General Lafayette’s visit to Lexington

The stone rectangles above the windows were going to be inscribed with something in Lafayette’s honor, but he didn’t visit Chaumiere, so they left them blank.

Cupboard for wigs in the wig room just inside the octagonal section.

Some of Chaumiere’s history from BGT deTours* :

Colonel David Meade acquired some 330 acres of land in this area on which he created his version of Paradise [and built] gardens that were said to have rivaled those of Versailles. Of the original structures, only the octagonal room remains. The main house was built ca. 1840 by a subsequent owner.

An auction following Colonel Meade’s death found the buyer a “plain practical farmer” following which neighbors erected a sign over the entrance to the state, with a Miltonian reference to the expulsion of Adam and Eve from the Garden of Eden: “Paradise Lost.”

Although the gardens are long gone and its site is 13 miles from Lexington’s city center, the Chaumiere des Prairies was another part of what made Lexington the Athens of the West.

*The award-winning BGT (Blue Grass Trust) deTours program is designed to provide tours of places you might not normally get to see, helping people interact with and learn about sites that make the Bluegrass special. 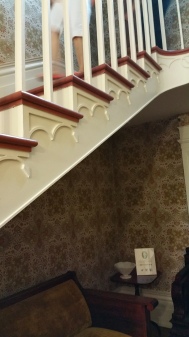 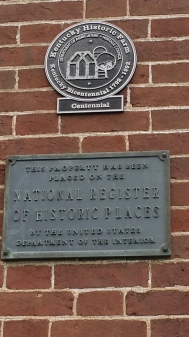 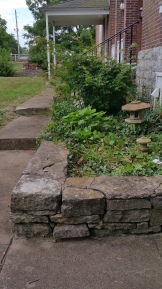 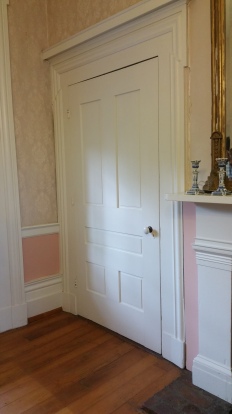 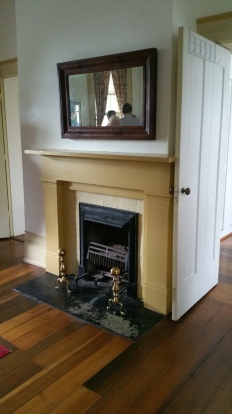 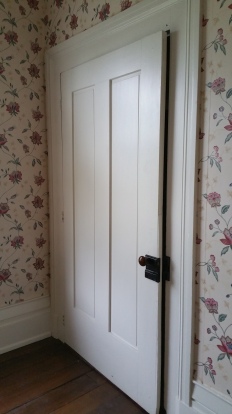 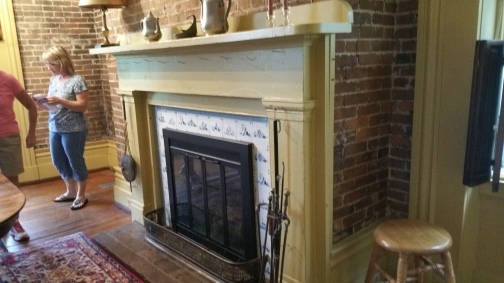 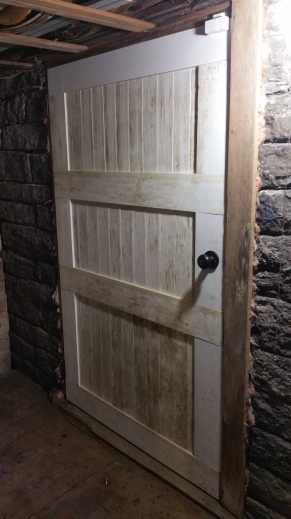 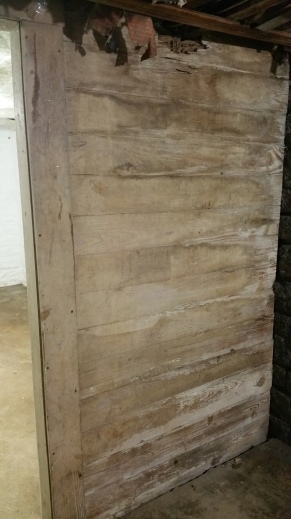 You don’t  often get to see the basements in these historic homes.  When BGT deTours hosts a tour, they arrange for us to have access to the entire house. 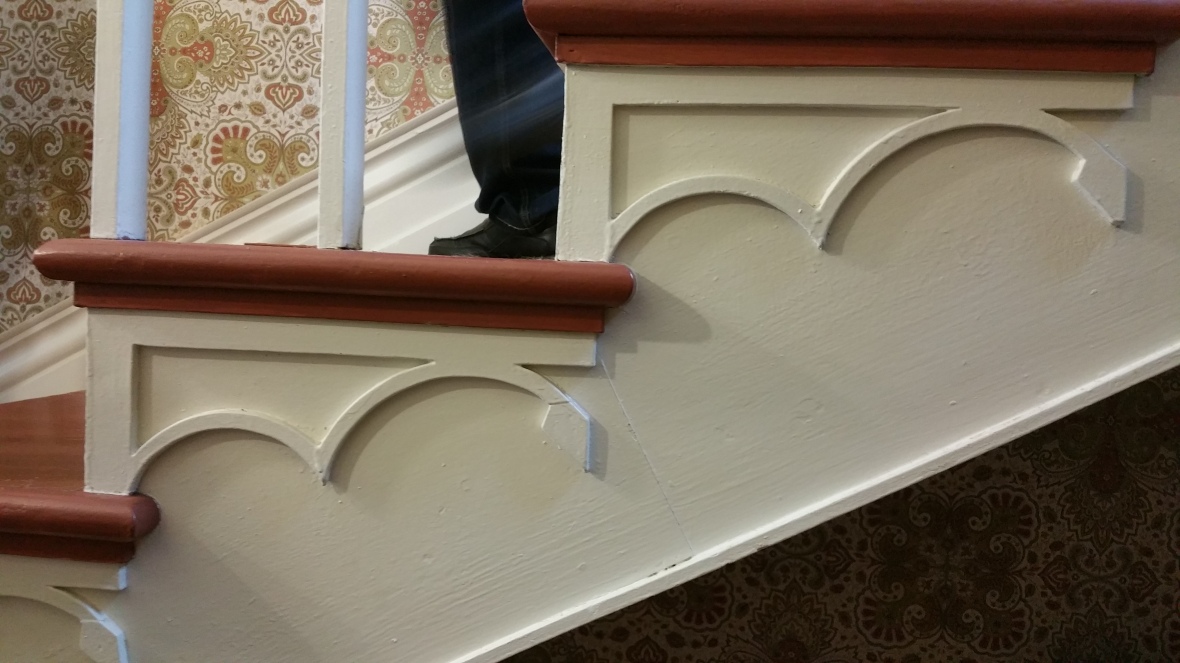 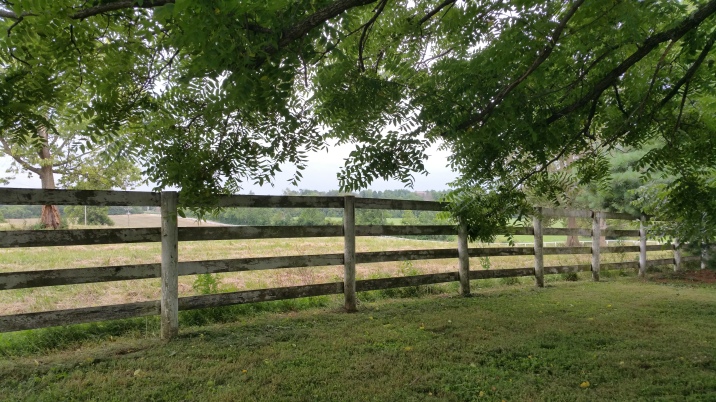 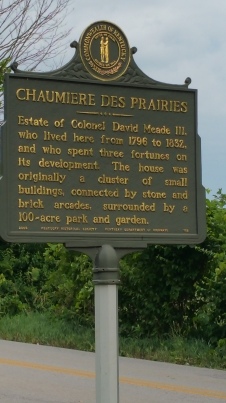 One of the original gate posts