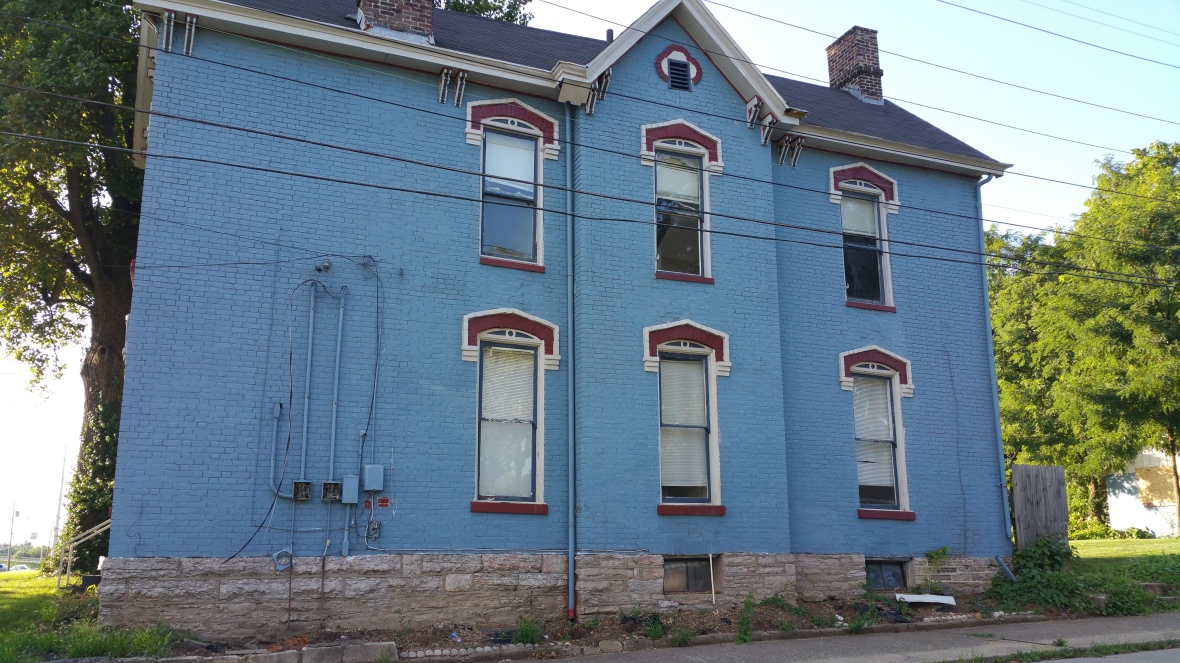 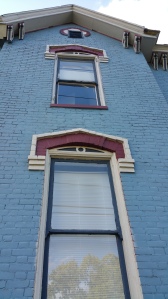 This has happened again and again during my two years in Lexington.  Apparently it’s legal, but it’s always a sad thing to see.  The target for demolition this time is a handsome painted-brick Victorian.  It has the misfortune to be just outside the Woodward Heights Historic District.  After renovating and restoring the house, the previous owner sold it in good faith to a buyer who  assured him it would be saved.  Apparently, that was a deception.

Town Branch Distillery is now the owner.  They have been granted a permit to start demolition of the house effective immediately (August 11, 2016).  The house is being torn down to accommodate their expansion plans.

The community at large first learned of the planned demolition in yesterday’s Lexington Herald-Leader:

Neighbors and historic preservationists want Alltech Brewery to save instead of demolish a 116-year-old house on Pine Street near the brewery’s downtown Lexington campus.

The house at 701 Pine Street is owned by a subsidiary of Alltech Lexington Brewing and Distilling Co. A demolition permit for the two-story house built in 1900 would allow Alltech to demolish the house.

Bill Johnston, president of the board of directors of the Blue Grass Trust, a historical-preservation group, said in a letter to the Herald-Leader on Thursday that Alltech invested in the neighborhood because it is historical.

“Woodward Heights residents have labored for decades to preserve and upgrade their neighborhood. Those same improvements helped Alltech decide to build their distillery in that location. Now Alltech wants to pay the neighborhood back by tearing down one of its most visually important houses,” Johnston said.

The house, however, is outside the Woodward Heights Historic District and isn’t protected, Alltech officials said this week. That means there’s nothing preservationists or neighbors can do to stop the house’s demolition. An exact date for the demolition hasn’t been set.

“The house at 701 Pine Street is not fit for purpose, is not registered as historical and is not within the historic district,” said Susanna Elliott, corporate communications manager for Alltech.

Elliott said Alltech founder Dr. Pearse Lyons and his wife, Deirdre Lyons, “have demonstrated a strong commitment to historical preservation. They have a personal passion for celebrating and revitalizing the stories of local communities,” Elliott said. “In fact, they have renovated one house and are in the process of renovating a second house on West Maxwell Street. They have also renovated other structures, including the old brewery and the building formerly known as the icehouse.”

Johnston said he thinks the house isn’t in bad shape. The previous two owners had done a lot of work on the exterior and interior, he said.

“Many of us have bought homes that we have renovated that were in far worse condition than this one,” Johnston said.

Elliott said the house is being torn down to make room for other improvements at Alltech’s campus in the Maxwell and Cross street area, including a possible museum.

“Central to their long-term vision for the development of the Alltech Lexington Brewing and Distilling Co. campus is to create additional visitor experiences that celebrate the history of the bourbon industry in Kentucky and in Lexington specifically,” Elliott said. “This may include a museum that gives visitors the history of bourbon and its effects on our commonwealth, and explains the cooperage industry and its relationship to bourbon craft.”

“They are doing a beautiful project,” Taylor said. “It’s just a shame that this particular house, which has had such a presence in our neighborhood, has to be torn down.”

Since I was downtown this afternoon, I decided to drive by the house.  Fortunately, they hadn’t started the demolition, so I was able see this historic home one last time.