Our bus tour of historic colored school sites in Clark County, Kentucky, was a beautiful drive through isolated rural areas.  It was sponsored by the  Bluegrass Heritage Museum in Winchester. Very few of the actual school buildings have survived, so most of the tour consisted of visiting sites where schools were known to have existed.  Our tour leader was local historian Jerry Cecil.  His research on Early Clark County Colored Schools 1869-1930 provides great information and photos–both present-day and historic–about these schools.

Black schools originated under legal segregation in the southern United States  after the American Civil War and Reconstruction era.  In southern states, public policy kept races separated and maintained white supremacy….white opposition to African-American success resulted in only the most rudimentary schools for African Americans. It often took decades after the South established public schools for systems to offer education at the high school level.  Wikipedia

Old Providence Church.  Behind the church to the left is the foundation of a one-room colored school built after the Civil War.

Behind Old Providence Church (5 miles south of Winchester on Richmond Road, at Old Stone Road) is the foundation of a one-room colored school built after the Civil War.

The foundation is all that is left of a one-room colored school built after the Civil War–that is to the left rear of the “Old Stone Church.”

The creek pictured is Howard’s Creek.  The creek bed is limestone, the water ankle deep and clear–kids were wading in it.  There is a state nature and heritage preserve at Lower Howard’s Creek.

Our bus, although small, couldn’t manage some of these lanes.  This lane leads to the site of one of the 19th century colored schools. 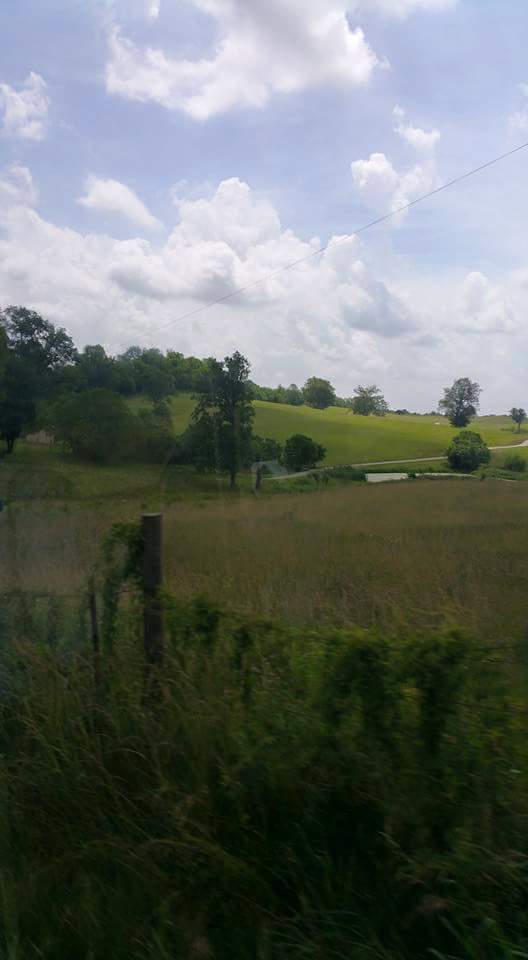 Clark County is known for its dry stone fences.  They originated with Scottish immigrants; the trade was passed on to slaves in Kentucky.  Many of Kentucky’s stone fences in the Bluegrass region are referred to as slave fences.