Heading down to Crab Orchard. That’s part of the Appalachian Mountain range in the distance.

A distant relative was filling me in on his family’s Kentucky connections and mentioned Crab Orchard.  Seemed like a good enough reason for a day trip south of Lexington to find it! 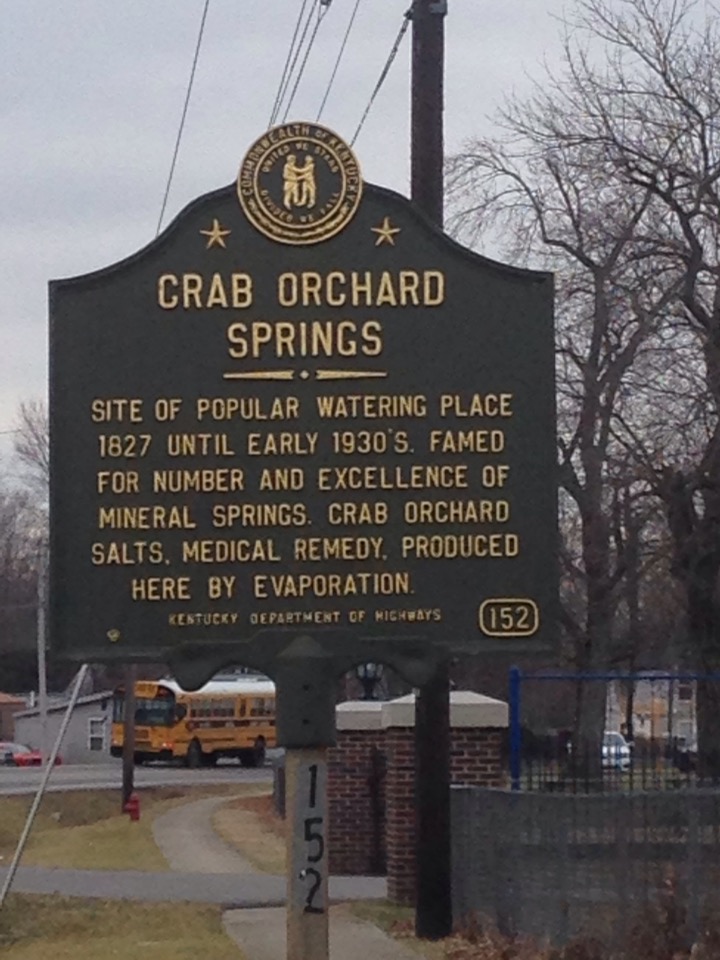 According to the 2000 census, 842 folks lived in Crab Orchard.   Today it’s one of those “blink and you’ll miss it places.”  But back in the day–pioneer days through the 1930s–Crab Orchard was apparently a bustling place.

It was an early pioneer station (a fortified settlement) near the end of the Logan Trace of the Wilderness Road.  Crab Orchard Station (1784) was also known as Moore’s Station.  There is speculation that it is the same site as  Baughman’s Station (1780).

While the historical sign claims the mineral springs were a tourist draw as late as the 1930s, other sources pinpoint the heyday of tourist traffic to  1827-1922.  There were numerous hotels and taverns located at Crab Orchard Springs during that time.

And, last but not least, my relative’s ancestor, Civil War veteran Woodson Taylor Wilder (1837-1920), lived in Crab Orchard after the war.  🙂